Skribbal is a 30 year old MC from Los Angeles, California who came up in 2016 off the strength of his full-length debut Drug Spun Funk. This would catch the attention of the rising Wisconsin underground label Force 5 Records & they would put out his sophomore effort Skinwalker a couple years later. But once Skribbal dropped his debut EP Quarantine Sessions a month after the pandemic started, he would leave the label to form his own Sony Music imprint Hell Patrol Records & celebrated this newfound independence by dropping his 3rd album Black Eyed Children last spring distancing himself from horrorcore in favor of a more hardcore hip hop style. We’ve already gotten 2 EPs from him in 2022 with In Their Blood…& from the Gutter and Man with the Screaming Brain, but is finishing the year with a 4th EP.

“Son of Paleface” is a twangy boom bap opener dropping some battle bars whereas “Dorothy Lamour” works in a crooning vocal loop talking about searching for his soulmate. “Ralph & Alice” has some dejecting piano chords throughout as he & Brittany Dominguez compare one another to the titular couple from The Honeymoonerswhile “Thanks for the Memory” reminiscing on how gorgeous this chick that he saw was over a vintage sample. The closer “Jackie Gleason” with Mopes is a horn-boom bap combination continuing to bring the hardcore prior to the bonus cut “Mambo Italiano truly ending the EP with an Italian flip explaining how crazy he is.

All 3 of the EPs that this dude has dropped throughout the year are solid in their own rights, but I think that Road to Dystopia is my 2nd favorite of the trilogy behind In Their Blood…& from the Gutter. The heavy 40s/50s influence throughout is pulled off in an interesting fashion & you can tell Skribbal has a genuine appreciation for that specific time in history. Whatever’s next in 2023, I’m interesting in hearing where it goes from here. 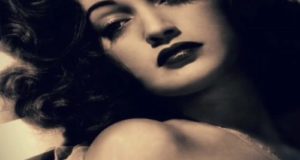 Skribbal Announces His 4th EP ”Road to Dystopia”, Seeks a “Dorothy Lamour” of His Own 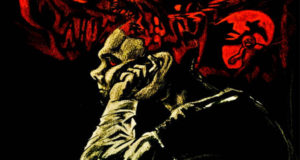 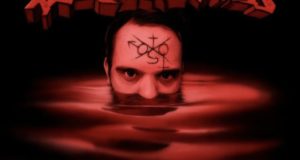