This is the 5th full-length album from Philly emcee Whitney Peyton. Rising to prominence in the underground in late 2010 off her full-length debut The Remedy, she would go on to release 3 albums as well as 2 mixtapes & 4 EPs all in the last 12 years. Last we heard from her was a couple months before the pandemic broke out when she dropped Alpha under Suburban Noize Records & that just further cemented her status as a force to be reckoned with. But now in light of her starting up her own label Alpha Howse, she’s returning in the form of The Audacity.

“Give It Gas” opens up the album with a suspenseful trap instrumental talking about being back in her ways whereas “Ding Dong” goes full-blown Detroit trap to deliver a party anthem. C-Mob tags along for the cloudy “Suck It Up” produced by Godsynth reminding us all how important mental health is with both MCs putting their own perspectives out there just before the Mega Ran-assisted “Don’t Even Ask” takes things into more braggadocio territory & the instrumental that Godsynth brings to the table here in comparison to the joint we heard earlier has a much more vibrant aesthetic to it.

Meanwhile on “Outta My System”, we have Whitney on top of a trap beat from C-Lance surprisingly talking about flushing an ex out leading into Reverie coming into the picture for the thunderous “Slippin’” to declare that you’ll never catch them taking Ls. “Over & Over” works in some impressive rock influences talking about being a puppet to her own emotions while the actual closer “Bad Bitch” with Melissa Marie take it back to the MySpace days in terms of sound for the ladies to go wild too. We are then treated to “On My Way to Phoenix” off of Bag of Cat Tricks’ last EP Milk & Vodka as well as the “Give It Gas” remix as bonus tracks.

I’ve been wondering for the last 2 years how Whitney would follow-up what I consider to be her finest hour & I think this new album just further proves that she’ll find great success with Alpha Howse down the line. It’s really cool to hear how every cut has it’s own different vibe & lyrically, she still sounds as hungry as she did in ‘09 when she was starting out. 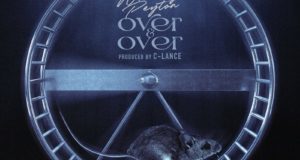 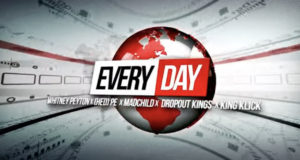 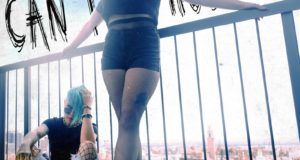