This is the 6th full-length album from Kansas City emcee Joey Cool. Catching attention as a long-time affiliate of local independent hip hop powerhouse Strange Music dropping a total of 4 mixtapes & a studio album on his own, Tech N9ne decided to officially sign him to the Snake & Bat in 2017 & dropping his eponymous sophomore album the next year. This was followed up with Old Habits Die Hard as well as Coolie High & I Tried to Be Normal Once, but is ringing in another summer by delivering The Chairman of the Board.

After the “Moonlight” intro, the first song “Bumpy Johnson Back” is a boom bap opener with Joey returning to his roots whereas “The Chairman” takes a hazier route talking about being on deck. “Kingsman” shoots for a symphonic aesthetic detailing coming from a long line of hustlers just before Tech N9ne comes into the picture for the trap-tinged “Mega Grit” to talk about how they’ve been immortalized in this rap game.

Meanwhile on “Havana Conference”, we have Joey over a dusty instrumental advising not to call him lucky leading into King Iso tagging along for “Idle Hands” to return to trap territory talking about eyeing a demon dancing. “Iceberg” with the legendary X-Raided who just happened to sign to Strange Music a couple months ago is a cloudy boom bap banger with both of them describing how cold blooded they are, but then “Hoodoo” incorporates a sped-up blues sample talking about staying at the bottom of the sea.

“Casper Holstein” mixes some pianos & snares comparing him to that of the Harlem monster of the same name & even though Tay Diggs’ verse on “Lansky” is probably the weakest feature on the album, I do like the plucky boom bap beat as well as the Meyer Lansky-influenced subject matter. X-Raided returns 1 last time for “We Got ‘Em Now” keeping it boom bap talking about doing it bigger than ever while “Troubled Waters” weaves some pianos & handclaps addressing the ones that made it through the hardships.

The song “My Boy” elaborates about his homie Frankie saying the best revenge is massive success over a flute-heavy instrumental from Wyshmaster while the penultimate track “Teremana” comes through with an aggressive ode to the titular brand of tequila. “The Best is Yet to Come” closes out the album with a chill boom bap anthem talking about being far from done.

I’ve enjoyed just about every album that Joey has dropped since signing to Strange, but The Chairman of the Board stands as one of my favorites in his whole discography. I think the production’s a little bitter than the one he dropped last summer & he sounds a lot more confident on here as he leaves no room for questions regarding his current status. 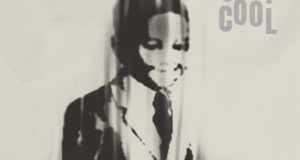 Joey Cool & Wyshmaster Link Back Up to Release ”My Boy”

Joey Cool Shows Off a Private Jet in ”The Chairman” Video 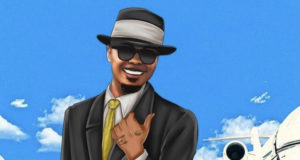