This is the third full-length album from Queens emcee Truth, who embarked upon his  solo discography in 2016 with, From Ashes to Kingdom Come. He then followed it up three years later by dropping the sophomore effort, The Fight for Survival, and now with the three year anniversary of that coming up next month, Truth is enlisting Da Beatminerz to produce, For All Intents & Purposes, in it’s entirety.

After the “Power of Truth” intro, the first song “Let’s Do It” is a dusty boom bap opener encouraging those who want problems to pursue it whereas “Duck Dodge Hide” takes a more blood-curdling route talking about watching your step around him. “Where You At?” goes into a more orchestral direction getting on his Queens shit just before “Listen Up” sends a chilling warning to anyone who wants to step to him in a battle.

Meanwhile on “Aim to Kill”, we have Truth delivering some deadly battle raps leading into “Fistory in the Making” following it up with a full-blown fight anthem. “Stomped Out” picks up where the previous cut left off topically except it works in some pretty cool horns, but then “Brutality” samples “I’m Alive” by Johnny Thunder to talk about his rapping prowess.

“Attack” has some funky undertones into the production to rap circles around his opposition once more while “Take ‘Em Down” goes into bluesier turf talking about never letting up. The penultimate song “Entourage” with Joe Fatal, Large Professor, Ras Kass, Tragedy Khadafi & Treach is an absolutely stellar posse cut with a haunting yet relaying vocal loop & after the “Pardon the Disruption” interlude, “The Eternal Forces” ends the album with a beautiful ode to those in his life who couldn’t be here today.

If you ask me, this is easily the best thing that Truth has put out yet. He & Da Beatminerz all take it back to the essence on here from the rugged lyrical content to the raw boom bap sound that the production duo blew up off of 3 decades ago & even the scratch hooks. 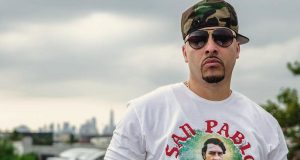 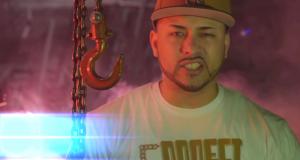