Virginia underground is enriched with a healthy history of Hip-Hop. Birthing Hip-Hop most iconic artists from Pharrell Williams to The Clipse, and continuing to introduce more soon-to-be legends like Woodbridge-bred Vaze Haze. Achieving recognition from previous releases, Vaze Haze drops his latest album to feed the streets in the new, ‘Just Bad at Being Human’.

Vaze Haze on making ‘Just Bad at Being Human’
“The goal of every album is to make every song as good as possible. My goal was to hide a piece of myself in every song like the villain in Harry Potter. Each song is a reflection of my despair, insanity, self-hate, insecurity, rage, fear, and joy. ‘Just Bad at Being Human’ was the name given to this album because it reflected how I felt, and the faults in myself that I imagine, separate me from everyone else. With this project, I hoped to relate to people who feel like aliens on Earth.”

Listen to ‘Just Bad At Being Human’ by Vaze Haze below, courtesy of Spotify.

Production on the album resembles life as it goes through the stages both necessary and experimental. Vaze Haze the ear when it comes to beat selection. The album’s range is well balanced from dark to upbeat and transition rough at first but acquired late.

While he has the ear, lyrically, Vaze Haze may gets lost in the overwhelming production due to his inability to increase his lyrical prowess at will. Fluctuating, Vaze from singing to rhyming remains the same the entire project. While he has moments with wit and aw, it’s not enough to notice that he has a lot of room to grow. Either you melodic your lyrics or spit, there is no room for experimental errors this early in the act’s career trying to identify himself to fans.

Verbiage is important. On the project, Vaze Haze skills are notable mention at best. ‘Just Bad at Being Human’ is over saturated in the lyricism but is aligned in the production. Wordy, Vaze’s bouncy wordplay is uncomfortably squeezed at times. Also, Vaze is undecisive on where he wants to take the project’s direction midway through the album and fails on the transition. Having trouble identifying himself pans off to the audience and cause for disinterest. Stick to one lane while you develop is major key.

Tagged with: Just Bad At Being Human Vaze Haze Virginia 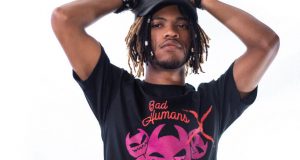 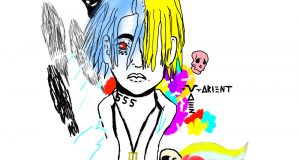