Your Old Droog is a 32 year old MC from Brooklyn, New York who caught my attention when he dropped his self-titled debut & many first thought he was an alter ego of Nas given that their voices are somewhat similar. Nonetheless, the cat has reached legend status at this point by proving that he was in his own lane off later projects such as Packs & It Wasn’t Even Close. He just dropped the incredibly personal TIME over the summer & with only 1 month left in the fall, Droog’s celebrating Cyber Monday by dropping his 8th full-length album.

The titular intro sets it all off with Droog on top of a drumless, atmospheric instrumental talking about living like a Saudi Prince whereas “Cosmonaut” follows it up by going into boom bap territory spitting them battle bars. “Yuri” incorporates a psychedelic rock sample with the help of Nicholas Craven speaking on making money like a Rothschild these days, but then “White Russian” has a bit of a quirky beat talking about how everyone loves him.

Meanwhile on “Bloody Mary”, we have Droog telling the story of a woman attracted to harm accompanied by a more calmer instrumental just before “Babushka IV (Zinfandel)” goes into a jazzier direction calling out anyone who think he’s mid for not understand the slang. “2001: A Space Yodyssey” has a more smokier sound to it basically saying that’s what he’d call his life & after the “Sector 7” interlude, billy woods & Lil Ugly Mane tag along for the Sadhugold-produced “Meteor Man” working in a train whistle loop keeping the battle raps going.

Nickelus F comes into the picture on the summery “Mojito” comparing their rhymes to the titular cocktail while the song “Blue Hawaiian” with Tha God Fahim weaves in a full-blown funk sample getting on their Sopranos shit. And prior to the titular outro, Fahim sticks around for the final song “Dom Perignon” making a toast sipping on the titular champagne over a classy instrumental.

TIME has quickly become my 2nd favorite Droog album behind self-titled, so my expectations were very high given that & the singles leading up to this one. That being said, I was not disappointed at all because the whole space/alcohol concept is well drawn out & it’s really great to see him continue to dive further into the abstract rabbit hole. At this rate, I feel like his next projects produced by Edan & Count Bass D are destined to be immaculate. 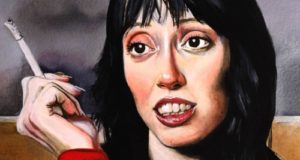 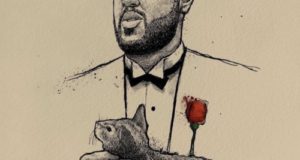 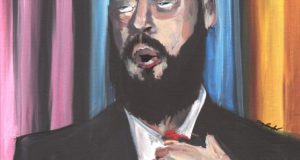