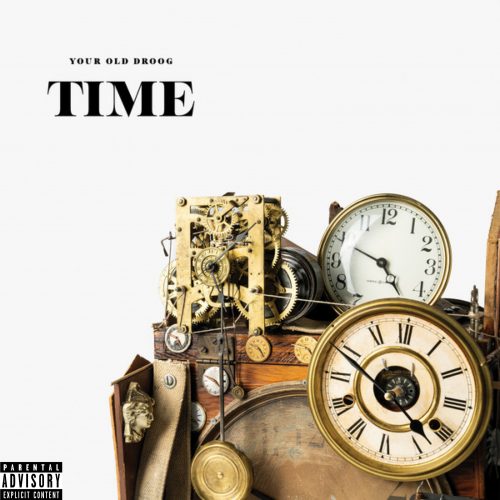 This is the 7th full-length album from Ukrainian-American emcee/producer Your Old Droog. Emerging in the underground off his self-titled debut, many first thought he was an alter ego of Nas given that their voices are somewhat similar. Nonetheless, the cat has reached legend status at this point by proving that he was in his own lane off later projects such as Packs & It Wasn’t Even Close. But just a little over 4 months after letting his homie Tha God Fahim produce his 4th EP Tha Wolf on Wall St.from front to back, Droog is dropping TIMEahead of 2 singles in the last week

After the titular intro, the first song “The Magic Watch” speaks on finding a watch that will take you back to any moment in time over some strings & dusty drums whereas “Please Listen to My Jew Tape” is a mellowed out reflection of Droog’s career up to this point. The late MF DOOM comes along to advocate self-education on “Dropout Boogie” as Edan incorporates a pots & pans loop into boom bap production while “So High” is a summery weed smoking anthem.

Meanwhile on “Lost Time”, we have Droog hopping on a drumless instrumental explaining that he has the chips to prove that he’s a winner prior to flexing his lyrical prowess on the slyly-produced “You’re So Sick”. We go into a more guitar-driven direction for the depressive “Quiet Time” leading into Aesop Rock & eLZhi stopping through for the exuberant, pleasant “Field of Dreams”. Blu & Mick Jenkins later fill in on “One Move”, which is about the choices you make accompanied by a jazzy beat from Quelle Chris.

“The Other Way” is a dreary depiction of him avoiding negativity while “A Hip Hop Lullaby” is a smoky look back on riding the train with his mom. “Madson Ave” is a homage to the titular road in New York with slick guitar passages provided by 88-Keys & just before the “4:49” outro, the final song “No Time” taps in with Wiki for a meditative ballad about loving your family & friends when they’re still here.

Didn’t think Droog would drop another project on us this fast, but I’m glad he did because this is an absolute high point in his career The production is a purist’s wet dream & lyrically, you get to hear him at his most personal. 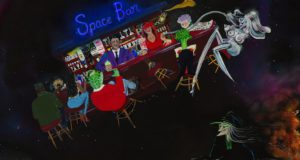 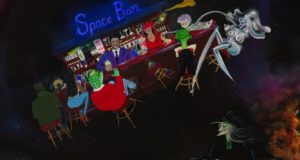 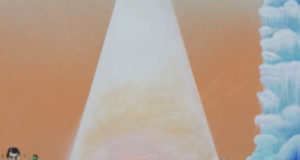