Planet Asia’s forthcoming album Rule of Thirds has just been announced by Evidence‘s newly-minted record label Bigger Picture Recordings, and is set to release on October 29th.  Exclusively produced by Evidence, Rule of Thirds will also feature guest appearances from Domo Genesis, Rome Streetz, Milano, and a verse by Ev himself.

In tandem with the announcement of the new project, Bigger Picture Recordings has released the first single “1984” and accompanying music video.  The music video was shot and directed by Evidence, and perfectly captures the hallucinogenic neon underworld of nighttime in the City of Angels.

Evidence explains, “I started a label wanting to shape the sound through my production and be influenced by the people in my life who come over to work. This album is an honest reflection of just that.”

“My goal was to make the music dope, but just enough to get out of the way of what he’s doing. I want him to be the star. I want to make beds of music for him to do what he does best. I produce it, not just on the beat, but vocally, making sure I’m recording him right, good mixing, all the things that say to me, we are taking this seriously even if the goal is not an over-polished sound.” 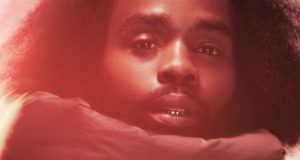 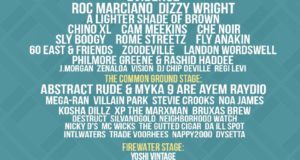 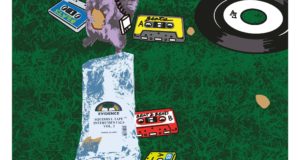