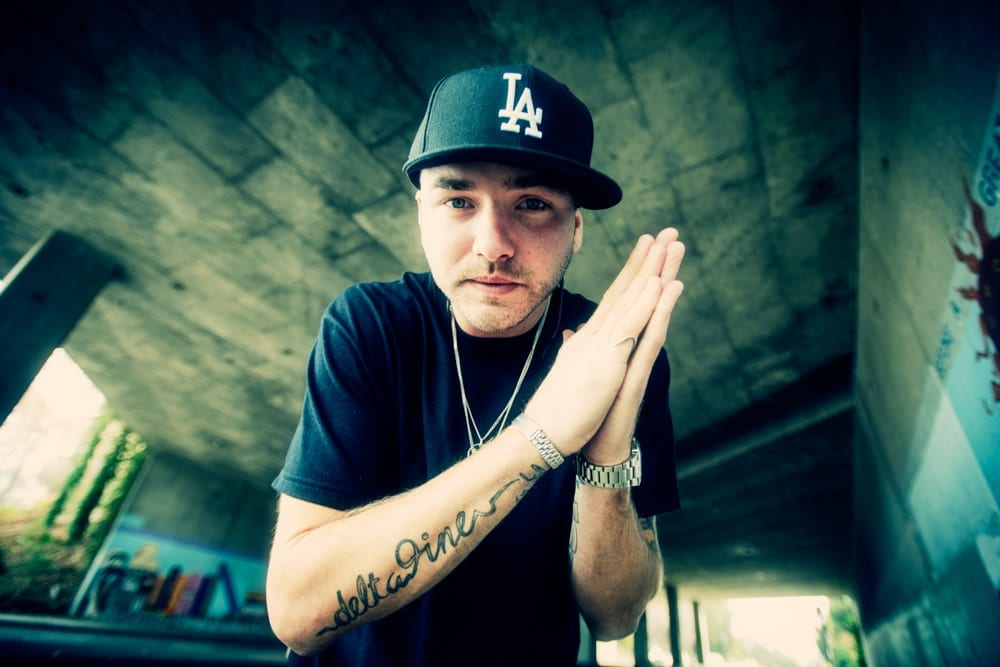 For all the fans who don’t know who you are, where are you from, how long have you been making music and where did the name JoneZen come from?

Raised in Detroit, MI and have been living in Cali for the past decade. I started writing lyrics in 4th grade and playing guitar shortly after that. Doing this music thing is all I ever wanted to do. I got the name Jonezen in rehab. Before Jonezen I was a member of a group called Outta Control. We toured and performed with guys like Swollen Members, Living Legends, Hiero. Anyway, by the end of that I had completely ruined my life and was almost dead from a drinking problem. Liver shutting down, shaking, twitching, a real mess. Long story short, I went to rehab, brought my recording studio with me, laid a bunch of tracks for my Live From Rehab project, but I didn’t have a name as a solo artist. A friend of mine said man you should call yourself Jonezen because my last name is Jones and I was in rehab. It made sense. It stuck.

We noticed your from L.A. what do you think about the hip hop scene in your city, and how do you feel your making a impact with your music?

I love the hip hop scene is L.A.. There’s a ton of different music getting created and space for everybody to do their thing. If you’re doing it, there’s probably a market for it and people that will mess with it. It’s been real crazy for me going from rehabs to winning awards and shit. Only reason I’ve been able to do that is because I got mad love from some people in this city who really support what I do. Close friends, fam, friends, fans, my battle axe warriors crew, lots of love man. It’s a real blessing to be acknowledged as an artist by your community and by hip hop in general.

Congrats on the new album “Beautiful Disaster” we just reviewed, dope album by the way! How did the album come about and who did the production for your album?

Thanks, man. Appreciate that. And solid review you guys did! That title came about in rehab man. I’ve been working on it for a LONG time. It was intended to be the follow up to Live From Rehab. Title is just about going through what I’ve been through and coming out on the other side. My life’s been a beautiful disaster. I’ve made every mistake in the book. Been arrested more times than I can count, had drinking and drug problems, made bad decisions, and through it all I came out on the other side a better person. That’s a beautiful disaster. Lots of different producers from I AM Vinay to Adamack to myself doing some drum and guitar work.

Who did your album artwork?

The art was done a few years ago by a friend of mine Kyle Martin.

For the first time listener which song do you recommend off the album and why?

Depends on what style of music they like and what they’re trying to get out of it. If they like harder stuff I’d say listen to Bombs Away. If you want some stuff that’s a little more laid back with a real message in it, listen to Beautiful Disaster (the title track).

Any shows or tours related to your album?

I’ve been playing a lot lately promoting the album. Just did an Adlib show a couple weeks ago and have a show with Slaine this Friday the 15th in Glendale. After that, looking to hit the road a little in the summer, get down to Diego and other parts of Cali. Been working on some stuff with the team so we’ll see what really shakes out.

Who are your influences and inspiration for making music?

So many influences. I grew up bumping rock music, then got into House of Pain, Run DMC, Cypress Hill, Public Enemy. I love bringing that rock vibe into what I do. I play the guitar live and a lot of the new music I’m working on has sort of a rage against the machine vibe to it.
The inspiration comes from everywhere man. I think as artists we just have some stuff we want to say. We notice what’s going on in our lives and chose to express that through music. I just got a passion and love for this thing man that’s really hard to explain. I think another thing that inspires me is the ability to inspire others. Music always spoke to me, had me feeling some type of way based on what I was listening to. And today, when I get messages from fans and even other artists talking about how I inspire them, that drives me to keep pushing and create something better than what I did before.

Our highlight question, what is your definition of underground hip hop?

I think underground hip hop is where you find the real, raw, hungry, and talented cats. There’s a purity to it. I think artists in the underground are tying to make it, trying to get fans and blow up, but the way they go about it isn’t in the traditional sense. Their music doesn’t necessarily reflect a desire for huge mainstream success in the way that it sounds. You know? They aren’t making Future records. They aren’t making stuff because they think people will like it, they make it for themselves and then try to figure out a way to market their sound. I also think underground hip hop has a pretty anti establishment tone to it and is super independently driven. The mentality is we can do this on our own, we don’t need a huge label, we’re not trying to get fucked by record label x, y, or z, we’re just out here pushing our stuff our way.

Drop links where fans could look up more of your music.

Any shoutouts related to Beautiful Disaster?

First and foremost thank you to UGHH Blog for all the coverage. You guys been a big help in getting the word out about the project. I want to shout out So Cal Bax War for holding me down and helping me push this thing. Also want to mention that the proceeds from this project are being donated to a charity called Music Makes Music. They bring concerts to schools all over the country and promote getting kids involved with the arts. The benefits of that are far reaching man. Violence goes down, grades go up, it’s just nothing but a good thing. So support the album, support the charity and help keep the kids involved with music and the arts. ALbum is available everywhere you can buy music so pick it up! Another BIG shout out to the fans man and all the people who continue to support what I do, show up at shows, buy music, write me online. I got made love for y’all. Shout out to the bloggers, the radio stations, the venues, the agents – everybody who’s had something to do with my career. Thank you. 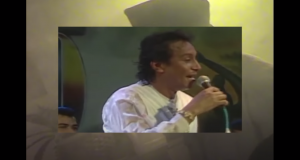 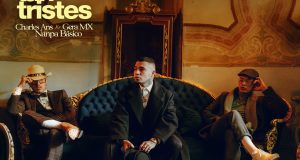