Legends Will Never Die: What is the earliest hip hop memory that you can recall?

Ca$his: The earliest hip hop memory I can recall is probably seeing Common at the liquor store. I had just seen his video with my brother & then I seen him at the store the next day. It gave me a crazy amount of confidence to see someone on TV who I could actually walk past everyday.  That moment opened my mind to believe that anything was possible.

LWND: You started out in a trio called the Renegadez. Did y’all ever release anything before disbanding?

Ca$his: Yeah, I definitely did start in the Renegadez. It was Monique (RIP), myself & Rikanatti. We dropped lil local joints. We had the Watch Closely album & Starz with Stripez. That really got everything in motion for my Shady deal. It was a lotta love shown from DubCNN, WestCoastRydaz & AllHipHop. That kicked the door in for me. Those projects still bang ’til this day.

LWND: Now a lot of your music has been produced by the very talented Rikanatti. Could you tell me how the 2 of you met & describe what it’s like working with him?

Ca$his: Yessir. That’s the homie. We met at school before I got kicked out a few months later. He was really into music even back then. I hadn’t had any friends at the point who weren’t gang related, so it was a new experience for me. I showed him a lifestyle that was straight off 079 & he helped to really get me to slowly try to get out of the street life while adding more time in the studio. I actually inspired him to produce. I told him “You can do anything these other dudes do & do it better” & I built my career off of that sound that we created.  Now, I don’t have to give him much advice unless I have certain ideas that I want. I just tell him to leave it open & with a bangin’ bass line. I’ll do the rest with the words. Like “Fly High”, I told him I was looking for a “Serenade My Life” type of feel & he got it done. Solid

LWND: You eventually crossed paths with Eminem & became an artist for his Interscope Records imprint Shady Records. What’s the story behind that?

Ca$his: I got signed off of the Watch Closely project & a 4 song demo which had “Talking All That”, which ended up as the first release from The Re-Up. It was crazy that I took that deal over the other more lucrative offers that I had, but it’s been a major blessing for me this far.

LWND: Your debut EP The County Hound was your only release with Shady/Interscope. What was the recording of that like?

Ca$his: Classic. We got a #1 on Billboard Heatseekers with no promo. It was 100 songs condensed to 9. The one I turned in wasn’t what was released, but was still classic.  I had beats from Rick Rock, The Alchemist, DJ Khalil, Jake One, JellyRoll, Phonix, Ron Browz, Tha Business, DJ Toomp & Lil Wonder as well as Rikanatti, BloccBoys & Eminem. That would’ve literally been a musical explosion for sure.

LWND: Ever since 2011, you’ve been doing things independently with your own label Bogish Brand Entertainment. Now do you plan on expanding it by signing anyone or do you already have people signed?

Ca$his: LAAYeah most definitely, we’re working with artists now & plan to sign a few acts in 2020. The artists will debut on my upcoming Bogish Brand Ent compilation.  So far we have the Roll Up Clique, which is myself & my homie from the East Coast named Kronik. It’s hella bars, hella weed & hella swag. We got a dope up-&-coming producer/rapper Young Kano out of Atlanta, Georgia that I’m developing now also.

LWND: You released your debut album The Art of Dying in late October of 2012, which is one of my favorite projects of yours. What was the inspiration behind that?

Ca$his: I appreciate that. The inspiration was being bipolar. I took people through my highs & lows on that album. From stunna to tha pain. That was more of a form of outlet therapy for me. I got to A&R my whole album. So the energy that I wanted was definitely present on that album. I purposely made that album without the extra effects. I wanted it to feel raw like my emotions and mental state was at that time.

LWND: Now sometime after that album came out, you said that you were still signed to Shady as a songwriter. Is that still the case?

Ca$his: Yeah, I’m definitely still in that contract. I’m blessed that they’ve always believed in my pen, plus I got too many more big idea songs coming out. My goal has always been to make & keep my catalogue valuable. That’s for when after my life is over. If I continue to do my job as a writer while I’m breathing, then my fam will be good to go like they are today, even when I’m not around. It’s a legacy play on my part.

LWND: A couple weeks ago you released your latest album CH4, which is the 3rd sequel to the EP that started it all. What made you wanna continue doing projects in those series?

Ca$his: I wanted to keep my theme of County Hound even as an independent label. Familiarity is a winning formula in my opinion. Especially if you’re droppin’ something solid, like I did. Plus, I still spend my life between Orange County & Cook County, so The County Hound is a way of life. Also, CH series are all in house. Meaning I use my Day 1’s on the production. Those always set the tone for the Ca$his sound.

LWND: Are you able to tell me what you‘re working on now that’s coming up in the future?

Ca$his: CH5, an EP titled Stay Solid & the Bogish Brand compilation all drop before the end of the year. Along with a Roll Up Clique mixtape. Stay Solid is me reaching out & using different producers as well as my main camp. I’m working with everyone & Staying Solid in my approach, my life & my music. I’m pretty excited for it to drop. It’s a project that was my brainchild that is finally coming to life. I’ma have Stay Solid merch for sale, as well as Bogish Brand gear, hardcopy CDs & full length digital downloads on my website that’s launching in October. Plus the albums will all be on iTunes/Apple Music, TIDAL, Spotify etc. I’m extremely appreciative to my loyal fanbase. They’ve been there every step of the way for me. So Ima feed em well with the top notch material that they deserve.

LWND: Any final statements before we wrap this up? 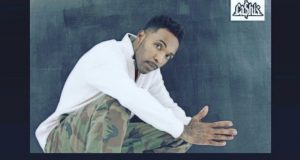 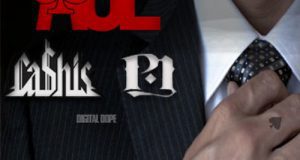