I was initially introduced to Earl Sweatshirt back in 2010 thanks to one of my well informed West Coast friends. The first song I listened too was his crude and savage classic Earl accompanied by its somewhat nauseating music video, which only had about 40,000 views at the time. I was really taken aback by the unforgiving flow and sharp lyrical abilities this completely unknown 16-year-old kid from L.A. brought to the table. I couldn’t think of any other artist I could compare his style to, and I also couldn’t think of ANY hip-hop artist as young as him that boasted this much talent. I stand by my claim to this day that Earl represents the best song a 16 year old has ever created…and it was produced by Tyler, The Creator, whom was only 18 at the time. Earl, Tyler, and the rest of the Odd Future crew represented something completely new within the hip-hop universe, and I was incredibly eager to see how they progressed.

I knew all of OFWGKTA would be getting a lot more attention down the line, but I was completely blindsided by how quickly their sudden rise to stardom turned out to be. As a whole they clearly weren’t as talented back then as they are now, so this surprised me even more. When their fan base first initially exploded, it unfortunately got to the point where many of their young bandwagon hipster fans were habitually overrating all of their music to an extreme degree…and it was really obnoxious. This reached it’s peak when Tyler released his sophomore album Goblin. It’s a slightly above average album with one of my all time favorite songs Yonkers on it, but a lot of people who had no idea what they were taking about were acting like it was the greatest thing to happen in hip-hop since Wu-Tang first hit the scenes. This really turned off a lot of actual hip-hop fans who never had a chance to get into their music before all the fame, and consequently they impulsively avoided Odd Future all together with a fiery passion. I knew Tyler, Earl and the rest of Odd Future would eventually outgrow this stage of finding their sound, and I’m glad I stuck by that. Everyone from Odd Future has improved over the last 3 years more than pretty much any recent musician I can think of.

I had very high expectations for Earl’s debut album Doris, so even though Earl delivered on most aspects, I can’t help but feel slightly disappointed. He brought his distinctively droned froggy flow, atypical OF beats, and his outlandish rhyme schemes, but he didn’t stray far from this formula we know him by, he just polished it up as best he could. If he’s going to stay relevant for years to come he’ll need to expand upon these abilities, which I have a lot of confidence he’ll do since he’s still only 19. The amount of improvement I saw him make as a whole from his mixtape Earl to Doris is massive, so if that’s an indicator for anything I wouldn’t be too worried.

I individually reviewed and posted my favorite songs off of Doris already, so to stream the song and read the full reviews for them just click the links below.

The rest of the album:

Pre (ft. SK La’ Flare) [8.0] – This is a perfect song to start off by saying most of the artists featured on Doris didn’t really play as strong of a role as they could’ve. Earl’s style isn’t all that diverse, so he really benefits from other artists adding their own unique flavor to the mix. This song had a lot of potential, but it seems far too straightforward to really catch your attention as being anything that’s truely outstanding and lasting. It has some good lines, but overall the verses only do so much for the song.

Burgundy (ft. Vince Staples) [7.5] – I feel this would have been a more appropriate song to start the album off with. The second half of the song also isn’t as strong as the first, which boasts some really impressive and personal lyrics. “Grandma’s passing, but I’m too busy tryna get this fuckin’ album cracking to see her. So I apologize in advance if anything should happen. And my priorities fucked up, I know it, I’m afraid I’m going to blow it.”

20 Wave Caps (ft. Domo Genesis) [8.0] – Even thought the beat paints a very original portrait of a sad and distorted carnival that immediately catches your attention, it gets monotonous over time, which doesn’t help with Earl and Domo’s very standard approach to this song. I feel songs like Earl and Luper, which have a more pronounced and dynamic beat, work best with Thebe’s high syllable flow.

Sunday (ft. Frank Ocean) [8.1] – I really like that the instrumental has a clean organic aura to it, and that it changes up with some really outstanding guitar/organ additions. I love it! Frank Ocean on the other hand didn’t do the best job he could’ve. His verse on Oldie out does what he accomplishes on this song in everyday. It’s by no means terrible, but it’s very lackluster in nature and he certainly could have made it sound better.

Centurion (ft. Vince Staples) [7.5] – This song has a very grungy feel that gives it a lot of character, but overall it doesn’t make a huge impact on the album. Vince Staples adds some welcome verity, but Earl outshines him to a large degree. It goes to show that some better features could’ve made some of these songs much more compelling.

523 [4.0] – It doesn’t really add anything to the album at all, and it’s honestly something I could listen to only a few times and probably never bother again. It’s simply not that impressive.

Uncle Al [6.5] – This short piece seems just thrown together, and even though I enjoy it, the lasting appeal isn’t there.

Guild (ft. Mac Miller) [4.3] – I was very concerned when this song was released about 3 months before Doris actually dropped. Overall it’s a bad idea and not a good song. Mac and Earl have yet to release a song where they just go off spitting bars without distorted voices. Mac Miller’s song I’m Not Real (ft. Earl Sweatshirt) is better than this song, but I was disappointed by that too because I definitely enjoy they’re normal styles more than this slow/deep approach. It’s just taking away the potential of what they could accomplish together. I also saw this song performed live with both Mac and Earl performing, and I liked it even less. They also performed I’m Not Real, and I ended up having a greater appreciation for it by the end of their performance.

My Album Rating: 8.0 out of 10
For more of my reviews and other musings check out my site at http://hiphopfightsback.com/ 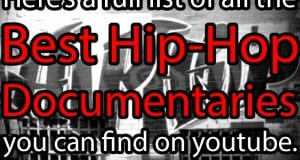 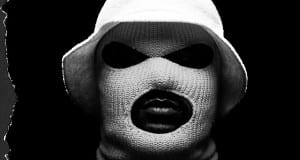