Have you ever heard one of those beat tapes and in the first couple seconds of hearing the first sample or two you already know if it’s dope or not.  In this case, DOC BATTLE’s latest project ROSE WHIP is one of those that catches your attention the first couple seconds into “Seeds”, track 1.  Rich authentic samples with a mixture of base, snares, and kicks is how Hip Hop originated from and Doc seems to take us back to the golden era of production.  The last song “Rose Bud” gave the release a dope ending also.   Front to back, it’s a complete instrumental release.  Wish he made more beats on this one, but that’s up to us to keep tabs on his next releases. – UndergroundHipHopBLOG.com

Doc Battle [alias: Dorian Lafyette Battle], the23-year old mental manifes to took a challenge from a friend and eight years later, presents some of themost unsuspecting music that you’ve yet to hear. Getting his start in his birthplace of Washington, DC grew up with an eclectic taste in music. His desire fora bit of everything translated into an open-mindedness that began to take shape in high school where he began to listen to artists such as MF Doom, Madlib, J Dilla and 9th Wonder touched a part of his mental and sparked a life changing affinity to music. A friendship with Anime/Jazz/New Age producer Sinitus Tempo has been of extreme importance as both artists have helped to strengthen and sharpen each other’s music prowess. Developing a unique and unexpected sound, Battle merges his passion for drums, martial arts, and obscure samples into one amalgamated sound, with each component taking the shape of its counter element. His project “Starvin Artists Vol. 1” is his sole work that was directed alongside DC lifestyle blog, StefIsDope.com. In search for an artist that could really manifest the compiled work, Doc produces instrumentals and works with a number of DC hip-hop artists to help construct an unmentioned sound that the world is waiting to hear. With a desire to only blow the minds of anyone who is willing to be opened, Battle produces for the sole love of the music. Saluting fellow DC’er Kev Brown, whose legendary production status is derived from his passion for sound, Doc sees himself akin to the music maker in his method of living like a human but creating like a god. A determined individual whose simple approach to his art shows that he’s a focused on becoming a master at his trade and only looking to sweeten his method of success in music.“Don’t be a jack of all trades and a master of none. If you are good at something, stick with it.” – Doc Battle
LINKS:
http://docbattle.bandcamp.com/album/rose-whip
https://twitter.com/BEdocBattle
http://facebook.com/profile.php?id=1225830419
https://soundcloud.com/doc-battle
http://docbattle89.tumblr.com/
DOC BATTLE Rose Whip Washington D.C. 2013-08-24
undergroundhiphopblog 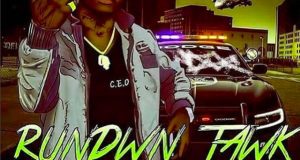 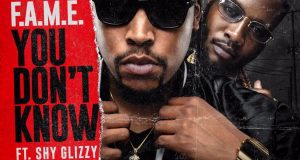