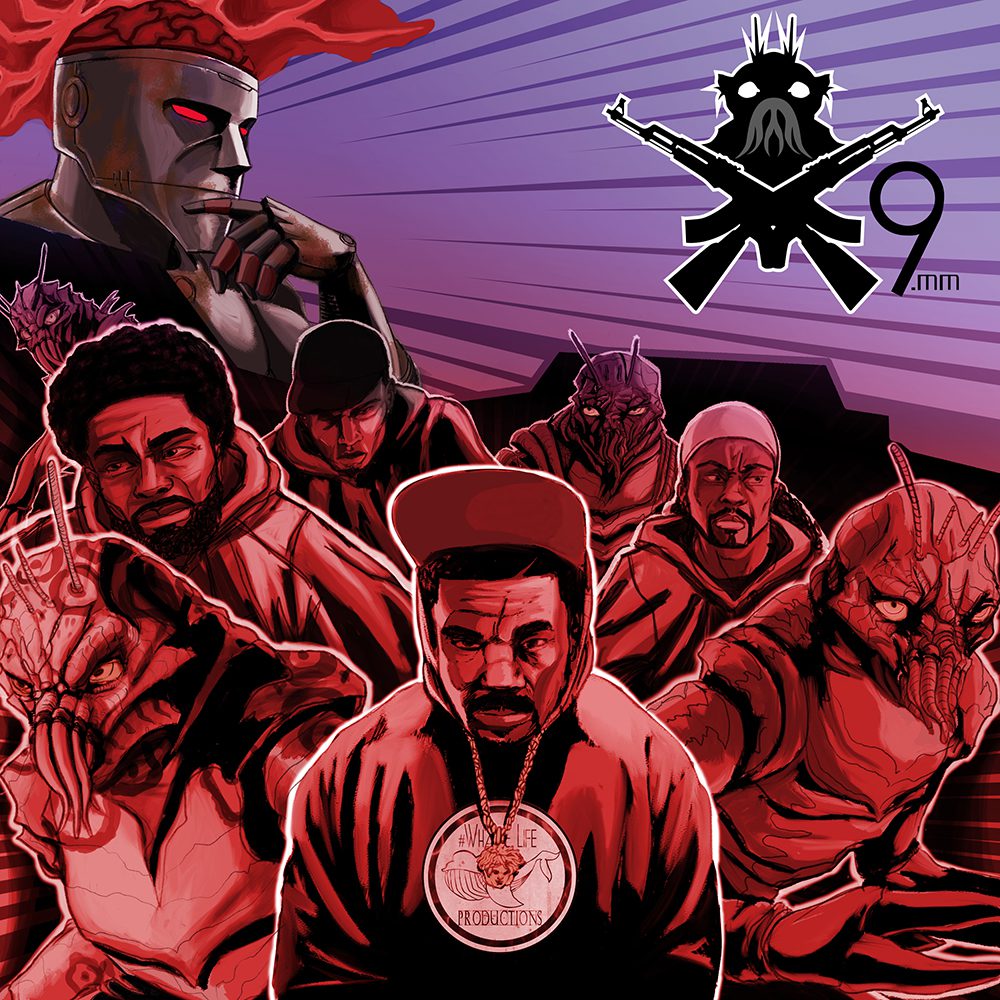 East-meets-West once again in Hip-Hop as Fresno, California’s Alexander and Queens, New York’s Rusty Joints combine forces for a new blend of Hip-Hop in a special collaborative project, ‘District 9mm’.

Including 18-tracks with a bonus for dessert.’District 9mm’ is a concept effort. An collaboration between science fiction and the frustrations of an ugly reality we actually live in. Wrapped up in a cinematic full-length album. Large quantity body of work, ‘District 9mm’ breakout tracks include, “The Liquor Store”, “The Payback”, and “Living My Dreams”.

While both acts come from two complete opposite sides of the map; however, lyrically the two are a cohesive unit that blur the lines of accent throughout the project. Well balanced and not resembling either coast’s signature lingo. Alexander and Rusty Joint stick to the aggressive lyricism that can empower a nation. Easily relating modern day issues to the historic issues that obviously still plague today’s society. Constructing their own reality within the collaboration, the subject matter is very real and genuinely convincing. Among the two, Rusty takes the lead early on while Alexander co-stars with his appealing wordplay.

Imaginative production among well-placed sampling, the project unfolds as initially intended as a cinematic walkthrough (beginning, climax, ending). Surrounding the film samples, the production encases itself into it’s own realm and sets a particular setting to fit Alex and Rusty narrating. Following suit like theme music, producers create a background that tells it’s own unique story without saying a word.

The projects cinematic portrayal is entertaining; however, there are several tracks that could have been left on the cutting room floor and a shorten project would have been even more gratifying. As the samples from icon films were a huge draw, well written, but diluted the project’s originality. The collaboration could haven been a bit more polished with the transitions but it does go unnoticeable due mostly to the humor moments between seriousness. Upon ending, it’s verdict is overall genuinely satisfying project that builds a lot of anticipation for what’s next to follow in the sequel.