JWood and Prophecy, aka VITLAVI, released their joint mixtape titled “Industreet“ some time in April. It’s seven straight tracks of good flows, decent beats, and the same tired themes you hear on the radio: money and women.

The first song, “No Hook,” comes in hard. Both Prophecy and JWood bring aggression and a handful of great bars. The next four songs all feel just like the first, but somehow don’t hold the listener’s attention the way “No Hook” does. Perhaps it’s because each one uses the same fundamental formula of a trap beat plus bragging about their money and the women they pull.

Keep in mind, I have no real problem if an artist wants to create a song dedicated to these things. It’s commonplace in rap to do so. My issue is that all seven of their songs mention getting paid or spending money. The only reasons the sixth song, “Streets,” wasn’t grouped up with the first five songs are that it has a mellower mood, and Prophecy uses autotune for his verse. This is literally all it took to feel like a new, unique song was playing.

Now, their last song, “Swipe,” was vastly disappointing to me. I love it when a pair or group of artists go back and forth trading lines in a song, i.e. Ces Cru’s “Ghetto Celebrity.” However, they open up with an uninspired chorus (“I just swipe… swipe… swipe… swipe”), and then completely abandon the concept of spending money half way through the song in favor of talking about a particular girl that they’re intimate with. Then they bounce back to the chorus. I want to give them credit and say it’s clever wordplay for using tinder as well, but I don’t see any evidence of it, and even if I did, it doesn’t make sense since they only seem to referring to one girl. Even still, I have to mention the fact that there are some sneakily good bars in this one.

As far as their individual abilities as rappers go, both JWood and Prophecy bring assets to the table. I think JWood is a bit more versatile with his flows and multisyllabic bar structures, but Prophecy can certainly hold his own with wordplay. They just need to think outside of the box more. Having the same topic be the core of each song in a project becomes boring, no matter how good of a rapper you are. This one flaw brings the project down far more than anything else. It honestly doesn’t matter what they decided to rap about, whether it was social issues, their home towns, or a bowl of broccoli; any sort of content diversity livens up an album or mixtape if done correctly.

Now, it’s important to understand that in no way am I intending to discredit the skills that either of these artists clearly have or discourage them from making music in the future. In fact, I hope this review will do the opposite and encourage them to work harder and put out stellar joint projects. They both easily have the potential to do so. 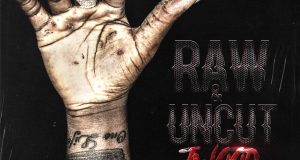 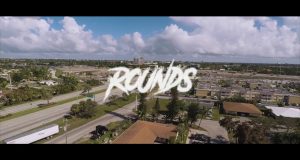 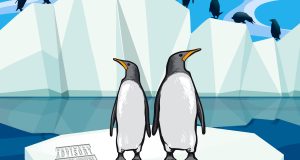