All the way from the “Land Down Under”, K1ng Lyr1cure makes his way stateside with the flag planting new mixtape, titled, “#1MadeIt”. Unique name in tow, Lyr1cure looks to be treated like royalty due to his lyrical presence. Seeking to make a bold statement in new land, ‘#1MadeIt’ is K1ng Lyr1cure ready to show and prove.

‘#1MadeIt’ presentation is of low quality, mediocre creation revolved by amateur artistic approach. It’s the little mistakes that snowballed into a big mess on the presentation of the project that will have fans go into the body of work with a pre-known perception. Building an undercurrent of disbelief as a convincing performer of royalty.

Easily noticeable that Lyr1cure has high-energy with his loud appeal and catchy adlibs. Vibe is there, the style is there, but Lyr1cure’s lyrical abilities is underwhelming based on the name he carries. The entire body of work was easily forgotten following the listen. The wordplay was cheapen, inattentive, and laughable. Failing to gravitate with his flow while the style is fully aware.

Not to say that K1ng Lyr1cure doesn’t install a couple of solid party tracks on the mixtape. There’s “Get Busy”, an Amy Winehouse-sampled catchy dancehall track. “Me” is a self-confident melody that speaks on the rise of his highness and his people hating on his success.

Pressure will either make a diamond or coal, and Lyr1cure drops the ball.

Sonically, ‘#1MadeIt’ needs a more polished mix. Vocals are unclear, drowning, scratchy, and playing against his already heavy accent. While the boasting production eclipse his wordplay. Easy to lose attention, unattractive as he executes the role of Mr. Lover Man. The production is uninspiring and unauthentic.

While labeling himself a King, Ly1cure makes plenty of mistakes that resemble actions more of a prince than the ruler of the throne. In conclusion, the mixtape’s quality is sloppy, plenty of room for improvement. However, with high-energy, positive concepts, and marked to females, K1ng Lyr1cure can evolve into his prophecy within time. 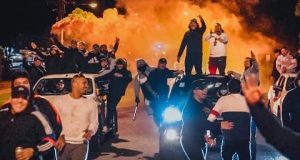 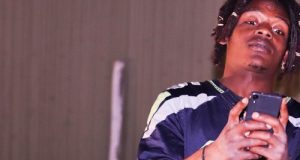 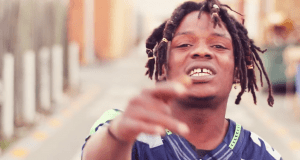