Formally know as 2tone started his career at 15 yrs old. He fell in love after writing his first song with Dubb City Boyz. Soon after they released a project together called “Gravity” through JMD Records, on iTunes. Dubb City Boyz took a minor split when Donny B joined the army. Since then Silassie I has been worked on 3 solo projects Road to Zion, Road 2 Zion, and Ad Qudratum. Along with featuring on other artist projects.

Growing up in Warren, Ohio Silassie I had a rough childhood and it has inspired him to reach out to others through his music. Striving to bring Hip/Hop back, his main goal is to have a positive impact on his listeners. In 2012, he decided to become Rastafarian, furthering his faith and beliefs in being more knowledgeable about his surroundings. He and a few other atypical lyricists have decided to give a positive expression on their life experiences. Silassie I thanks his family and fans for giving him the motivation he needs. Gaining strength through past and present situations with people, he feeds from his fans’ energy and then transforms it into what he likes to call “Rhythm”.

His plans include starting his own label “Exotic Airlines,” and a non-profit called ” P.L.U Foundation.” which all proceeds from the label will be donated.

Tagged with: Nostalgic Silassie I 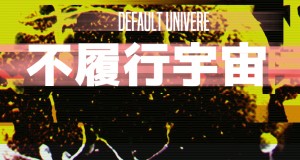