Thatboi Dot is an American rapper, living in Okinawa, Japan. He was born in 1985 as David Williamson, son to father Eugene and Mother DeNette. While growing up, he moved around a lot. He lived primarily throughout the midwest, between towns like St. James, Missouri and Rock Springs, WY. He didn’t enjoy moving all the time, but between his family’s financial situation, and some of the poor choices he made on his part, he was forced to live with other people. Dot’s family didn’t have a lot of money, but his mother worked extremely hard to provide him and his siblings with what she could. Dot comes from a very large and multiracial family. He has 7 half-brothers, one half-sister, and one full blooded sister. Out of all of his brothers and sisters, he was closest to his brother, Michael, who acted as a father figure to him. Mike said, “I knew he was talented when he was young. Some people just have a gift, and my lil’ bro is definitely one of ’em”. Mike was the one that introduced him to Hip Hop at a young age, and mentored him, instilling discipline, work ethic, honor, and loyalty in him.

Although he listened to many different genres of music throughout his childhood, Dot didn’t start rapping until he was 17. Tupac Shakur was a huge inspiration for him. One of the first times he ever rapped was to ‘Shorty Wanna Be a Thug’, while he was in the car with his brother. The way that Pac rapped was from the heart, and that’s what Dot wanted to do. He knew that by putting emotion into his lyrics, he could truly have a bigger impact with his music.

Thatboi Dot joined the military in 2003 after he turned 18, because he didn’t want to end up doing the same thing with his life as the others around him. Having family and friends that were in the dope game, he felt his best bet was to join the military to get away from that life. Times turned harder than ever when Dot’s brother, Mike, was incarcerated for drug trafficking in 2007. “It was really hard. My brother would give the shirt off of his back for his fam, and at the time, he felt like there was no other way to provide” -Dot. During his brother’s incarceration, he became motivated to see the world and to learn as much as he could. He utilized his time in the military by seeing many different countries, including England, Greece, Ireland, and Japan. He was inspired musically from his encounters with the various cultures and people around the world. “Music brings cultures together”, says Dot. “I intend to inspire and unite people with my music”.

Dot has been rapping for many years, but finally made the decision to take his abilities seriously in February of 2014. He saw how his brother turned his life around when he was released from prison, and realized that anything is possible through hard work and determination. Since he has started his mission to put his lyrics in the industry, he has shocked Okinawa and Tokyo with his singles, ‘Real Hard’, and ‘Beautiful Demise’. He has performed at several clubs and showcases, such as the ‘All Gold Everything Tour’, opening up for Trinidad James, Roscoe Dash, and Dorrough. During these times, he put a lot of work into perfecting every facet of his craft. He puts a plethora of energy into his performances, and knows how to entertain the crowd, while delivering a fast, but lyrical, spit. Dot’s diversity and songwriting capabilities are no joke. Jamel O’Neal, CEO of GillahNation™wrote, “His passion for his music goes hand-in-hand with how real he is”.

Dot is very humble and will be the first to tell you that this is not a “dealer”, he is not a “thug”, and he is not a “gangster”. “Dot is just a die-hard Hip Hop head and a real dude that will do anything for the people that he loves and the dissemination of the music that he creates” -MC Metro, JamOne Entertainment ™. With that being said, Thatboi Dot is currently working on his debut EP, titled, ‘Workin Real Hard’, which is projected to drop at the end of 2014. Be sure to check out his social media for future updates, and take a look at his new music video for his latest single, ‘Beautiful Demise’. 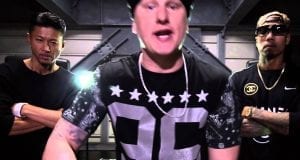 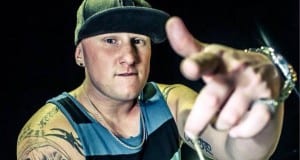