Just when you thought it was over, they re-emerge.  The riders of doom, the four horsemen of the apocalypse have assembled.  Underground Hip-Hop’s “DETOX,” the fabled album that has been 20-years in the making, has now finally seen the light of day, as HRSMN (Ras Kass, Kurupt, Killah Priest & Canibus) have released The Last Ride.

HRSMN have finally reunited to bring the world, The Last Ride, (AKA The Debut Final Album) and it displays the Four Horsemen of the Apocalypse in truly biblical fashion. Kurupt (Famine), Ras Kass (Pestilence), Canibus (War), and Killah Priest (Death), all coming together to bring light to the ills of the world; and reclaiming their rightful throne as one of the most dominant lyrical forces Hip-Hop, and the world has ever witnessed.

“The Last Ride is the culmination of at least two false starts since we banded together to become HRSMN around 2000.  Our first records were massively bootlegged by a “friend,” and what was released were unmixed, un-mastered, and incomplete concepts.  We are the first rap Super-Group!  No one before us had connected various cities and international rap icons together like we did.  Our brothers Slaughterhouse proved that four artists and lyricists from different crews could connect and execute, that there’s strength in numbers; and that was a big motivating factor in us wanting to complete an album.  At least one album” Ras Kass lamented.  “After twenty-years, we finally have an album to give to the world.  It was a journey that almost never got closure, and that’s why this is our ‘DEBUT FINALE.’ HRSMN and The Last Ride fills a void, and it’s what Hip-Hop needs today!  It’s a breath of fresh air in a really convoluted marketplace.  Just pure BARDOM.  High on concept, high in depth of intelligence.  The Last Ride is high energy, hardcore Hip-Hop.” 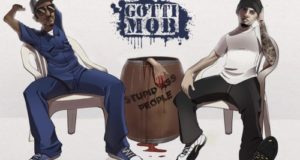 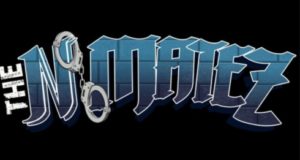 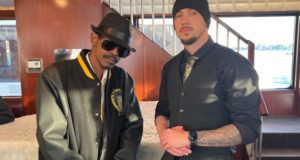