New York-based emcee Robby Blair recently dropped a new project entitled “Still Under The Influence“. This is a follow up from his 2020 debut “Certified Influence” and features cameos from Chris Rivers, Alex Leon, Termanology, and more!

A new visual for the lead single “Flex Music” shows Robby cruisin’ around town, hitting up local record shops, and droppin’ bars along the way.

Here’s what Robby has to say about his latest release:

On my last project Certified Influence, I had a heavy Queensbridge, Capone-N-Noreaga influence, as it had a huge impact on my life and music…Still Under The Influence is heavily inspired by the Bronx/Big Pun. You hear it from the jump with the intro track that goes right into ‘Punch’em In The Face 2’ featuring Chris Rivers.  To say I’m excited for this project to be released to the world is a huge understatement. This one’s for Hip-Hop!

Check it out and let us know what you think in the comments. NYC stand up!!! 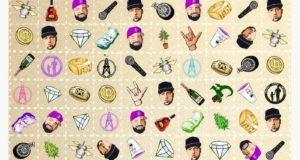 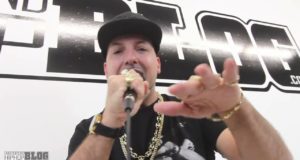