Boldy James is a 39 year old MC from Detroit, Michigan who broke out in the fall of 2013 off his Alchemist-produced debut M.1.C.S. (My 1st Chemistry Set). He would later go on to land a contract with Nas’ independent label Mass Appeal Records for a little while before getting locked up but once Boldy came home, Uncle Al would help get his name back out there once getting out by dropping the Boldface EP around Christmas 2019 & then the sophomore album The Price of Tea in China at the beginning of last year. This was followed up with the Sterling Toles-produced Manger on McNichols which was as equally fantastic, but the Griselda Records-backed Versace Tape EP was a tad bit disappointing given how rushed it was. He & Alchemist just dropped Bo Jackson to widespread acclaim over the summer, but are returning together out of the blue for Boldy’s 4th EP.

“Level Tipping Scales” sets it off well by spitting that pyrex shit on top of an atmospheric instrumental whereas “No Laughing Matter” follows it up by warning listeners that the drug dealer life ain’t no joke & the upbeat production is just fly as fuck to me. “Hot Water Tank” has these cool little whistles throughout the beat as well as how it details the gangsta mentality even though ICECOLDBISHOP’s verse is wack as fuck, but then “Bumps & Bruises” takes things into jazz territory & it’s nice to hear him getting more insightful through his lyrics.

Meanwhile on “Great Adventures”, we have Boldy on top of a silky yet drumless beat vividly detailing getting the gang tied up just before “Moth in the Flame” talks about being true to the game & the theatrical production enhances the seriousness of it very well. The song “300 Fences” compares his Concreatures crew to that of the infamous Black Mafia Family on top of an apprehensive instrumental while the penultimate track “Guilt” incorporates in some weepy strings talking about someone not being built for this life. “Francois” then ends the album with a gritty dedication to the thugs out there.

Bo Jackson has quickly become the best work of Boldy’s career in my personal opinion & for them to follow it up as quickly as they did, Super Tecmo Bo is very close to being on that same caliber. I respect that they toned it down on the features even though I wasn’t feeling the only one on the EP at all, but both parties continue to bring the best out of one another both lyrically & sonically. 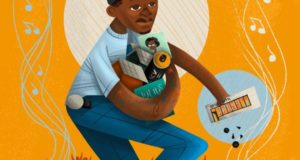 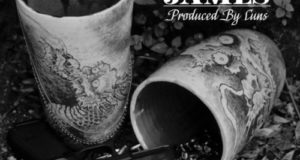 Boldy James & Cuns Announce New Project “Be That As It May”, Release Lead Single “Footprints” 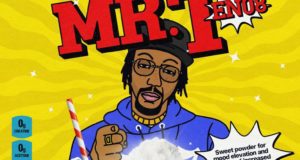