Jae Skeese is a 31 year old MC from Buffalo, New York who first emerged in 2010 off his debut mixtape W.A.C.K. (Women, Alcohol, Cash & Kicks). However, it wasn’t until a decade later where he & 7xvethegenius got their biggest break thus far after the very first signees to Conway the Machine’s very own EMPIRE Distribution imprint Drumwork Music Group. But with only a few dates left on the Love Will Get You Killed Tour, he’s dropping a precursor to his upcoming sophomore effort Abolished Uncertainties in the form of his 7th mixtape.

“Seek/Find” is a soulful, jazzy boom bap opener about how he translates what he sees into music whereas “No Bricks, No Airs, No Rimmys” works in some vibraphones & harmonizing to look for the perfect shot on his opponents. Conway the Machine & OG Sole come into the picture for the vibrant, shit-talking trap banger “Chessmen” leading into the Loveboat Luciano-assisted “Calm Bapes” which feels like something out of a perfect crime flick.

Meanwhile on “Stolen Benz”, we have Toney Boi joining Jae Skeese on top of a smooth instrumental to call out those who weren’t there for them when they needed it just before “EKIN” brings in a bare vocal loop to flex his lyrical prowess for a minute & a half. “Grindin’” serves as an ode to his dedication with a psychedelic Camoflauge Monk beat while the song “She Threw Her 4’s Up” tells the story of a woman he met & I love the enticing sample throughout.

The penultimate track “Mandarin Manuscript” has a bit of a futuristic boom bap sound with the help of none other than JR Swiftz as Jae comparing his music to that of fine art & “All In” with 7xvethegenius is a jazzy finisher to the tape motivating the listener by reminding them it’s either all or nothing. Conway only pops up at the end delivering a spoken word bit about Drumwork taking over the industry which I wasn’t expecting, but it’s still really cool.

If you loved his verses on “Crack in the 90’s” & “Sister Abigail”, then I think you’re really gonna dig this tape. It’s a proper way to reintroduce himself to the new fans as he basically guides you through as to who he is personally & artistically. At this rate, Abolished Uncertainties is destined to be the crown jewel of Jae Skeese’s discography. 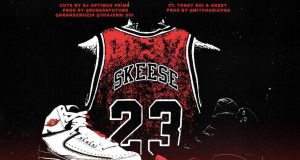 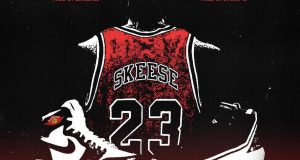 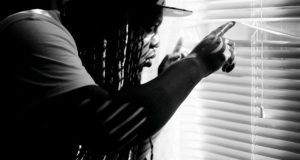