Madchild is a 45 year old MC from Vancouver, Canada coming up as part of the trio Swollen Members & the founder of Battle Axe Records, but would be until 2012 when he officially broke off solo with his Suburban Noize Records-backed debut album Dope Sick. He would later go on a hot streak of follow-ups including Lawnmower Man, Silver Tongue Devil, the Evidence-produced The Darkest Hour & Demons. But even though he went into a more trap direction on The Little Monster LP last winter, the results of that stylistic change weren’t all that interesting & the sequel he dropped back in the spring The Little Monster LP 2 were slightly better. Nonetheless, I was still very much interested in seeing what Madchild would pull off this double disc 8th full-length album of his.

“Alone” starts off the album with a downcast ballad produced by Jimmy Donn venting about never feeling so lonesome whereas “Boxed In” is a trap cut saying he feels brand new. “MVP” goes into boom bap territory with the help of C-Lance going on about how he “ain’t putting any food on anybody’s plate unless they’re on my team” before declaring himself as an alpha male on the vibraphone heavy “Suck It”.

Meanwhile with “Lone Wolf”, we get a Hellish ode to the 1 Man Gang movement just before jumping on top of a comatose trap beat saying he’s “Underrated”. Of course “Not in Control” addresses his past drug use on top of a post-&-pans instrumental whereas “Mental Hellth” is SLATHERED in auto-tune talking about being the Devil’s play-thing. “God’s Child” works in a symphony saying he was failing the higher power while “Evolved” goes back into that trap sound saying he’s a changed man.

The song “Why I’m Mad” is a misty warning saying you shouldn’t fall for bullshit while the penultimate track “Forgiveness” is a piano ballad apologizing to everyone he’s hurt. Finally there’s “Cojones”, which is an almost electronic-tinged closer talking about swimming with the sharks & dancing with the wolves.

Madchild been grinding hard all year & it’s really been paying off because I think this is a solid effort from him. Dude really takes you through how much he’s bettered himself in the last couple years & the production choices have improved also. I know he said Shane 2 is coming soon & I’m curious to hear where that goes. 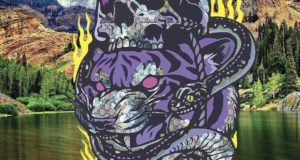 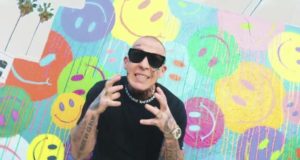 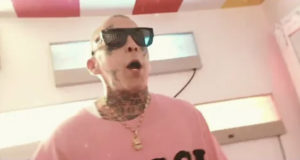