For being a MIXTAPE Tommie really flexes by sounding so natural with his rhyme and bringing back 90’s style Hip Hop.  Conscious Hip Hop is what it’s all about when it comes to pushing quality sound to the masses and Tommie definitely understands that.  He allow his music not just to be heard but to absorb and influence any listener to become more than just a new fan but a true supporter.  Tracks like “Nothing to Something“, “King” & “Real Recognize Real” are really deep in emotion and expression which truly shines and allows you to relate to his stories.  Dream Big is a highly recommended MIXTAPE by our whole staff………. UndergroundHipHopBLOG.com

Akeel Julius Shepherd, better known by his stage name TOMMIE, is an upcoming Hip-Hop/Rap artist originally from Dade County Miami, Florida. TOMMIE started to pursue a rap career at the age of 16 and ever since then he never looked back. The Function ATL says his music is “very soulful and chilled.”

He’s been tearing up the streets and social media with his latest project dreamBIG, hosted by Dj Dow Jones. The tape is featured on the hottest and number one mixtape source online, LiveMixtapes.com. But this is just the beginning. TOMMIE plans to continue providing the world and Hip-Hop community with his unique art form of rap.

Accomplishments, setting out goals, and completing objectives is definitely a must for the young rap star. He was blessed with the opportunity to work with grammy award winner Rasa Don. Drummer from the legendary Hip-Hop group, Arrested Development. Together they created a masterpiece of tracks and one of them is actually featured on the dreamBIG mixtape. “Greatest” produced by Rasa Don, engineered by Chris House.

TOMMIE has performed many places around the metro Atlanta area from high schools, to showcases, and open mics. You name it, if it involves a mic he’s there. Prior to the release of dreamBIG, he put together a small tour in Manhattan, New York performing at the Nuyorican’s poets cafe and a few other venues. With that said, he was able to showcase his skills from the stage to the streets.

Now, TOMMIE is currently still pushing his dreamBIG mixtape telling all of his fans and everybody to believe in greatness. Be on the lookout for more from the young, gifted, and talented emcee. I promise you haven’t seen nothing yet. The campaign has just begun. 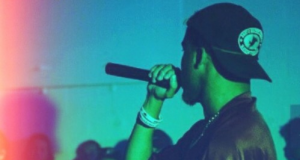 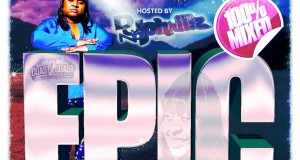