This is the 8th EP from Jersey City wordsmith Ransom. Coming up as 1/2 of the short-lived duo A-Team alongside Hitchcock, he branched out on his own in 2008 following their disbandment beginning with his 2008 full-length debut Street Cinema & the Statik Selektah-produced sophomore effort The Proposal. But it’s been safe to say these last couple years have been his biggest so far whether it be the 5 EPs that he put out produced by Nicholas Craven & his last EP 7 based around the 7 deadly sins or his previous album Heavy’s the Head produced by Big Ghost Ltd., the Rome Streetz collab album Coup de Grâce & more recently his latest album No Rest for the Wicked earlier this spring. But now that fall’s here, Ransom’s enlisting Mayor & Ty Jamz to produce This Life Made Me top to bottom.

“Pain is Glory” is an organ-laced opener declaring himself to be the modern day Michelangelo whereas “Ignorance” works in a boom bap instrumental to talk about talking about being a businessman. “The Prophecy” takes a more triumphant route bragging that he’s the greatest while 38 Spesh tags along for the soulful “Last Gasp” confessing that they wanna see the best sides of them. “The World is Yours” has some cool rock undertones to the beat talking about swerving the law, but then Havoc comes into the picture to bring back the organs for the closer “Purge Night” belittling their opposition.

Ran went on social media last night calling this EP “a warm up for what’s about to come” & whatever that may be, I’m very excited to hear it because this dude is one of the most consistent MCs in all of hip hop today. His lyricism is only getting better as time goes on with Mayor & Ty Jamz managing to cook up some very eclectic production together pulling from boom bap to soul & even rock. 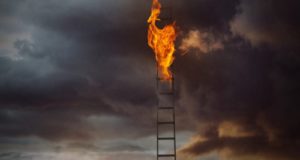 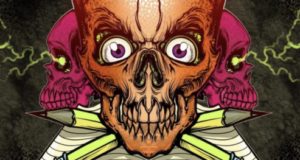