The Real Story On Stitches Arrest In Chicago During His Concert

Miami Rapper Phillip Katsabanis, AKA “Stitches” boasts about his arrest during a show in “Chicago” in his latest video for the track “Kilo In My Bag”.  Below is a true account from an artist who was at that same show.

As a hip hop artist that opened at this show, and as a person involved in the physical altercation that sparked the arrests, I am here to tell the real story of how things went down. First though, I want to preface this article by apologizing to the venue and the promoter for all the drama. Things could have played out better.

So, the show took place at Tiger O’Stylies in Berwyn, IL, a suburb just outside of Chicago. This was a part of the “Drug lovers only” tour. After viewing police reports it has been revealed that the cops were watching the venue from the start. Not only did they already have it out for the venue, but they we’re not happy about the presence of Stitches in their neighborhood. About 1/3 into Stitches set, a fight broke out between my camp and some other kids in the audience. This fight eventually made its way outside the venue and prompted cops to surround the parties involved and start making arrests. At this time Stitches began shouting “fuck the police” on the mic inside, which caused them (the police) to eventually swoop in and arrest Stitches, concluding in some measly tickets. To me these charges were predictable given the nature of his arrest. Shortly after being taken to jail, I was celled right across from him. This is when it began. Every ten minutes in a pathetic whiny voice Stitches would yell “officer”, “officer come here”. When the cops would approach his cell he met them with “is it bad?”, “am I gonna get out”, “what’s gonna happen?” and even “i’m sorry” in the same whiny voice he called for them in. At first I found this amusing but was eventually almost embarrassed for him. Did he not know I could hear him? The contradiction between his rap persona and his attitude in lock up (for a less than a misdemeanor!) was obvious and disgusting. His needy cries for the police and his whiny pleading with them only leads me to believe that maybe he doesn’t actually have any experience with getting arrested. Did he really think apologizing to an officer was gonna get him out? and why was this tough self proclaimed coke lord tripping over something so minuscule? I was separated from Stitches for about 20 minutes give or take. It is possible in this time that they may have told him that they found coke, as the video alleges, but I doubt it. I say I doubt it because at at least one point, after I had initially been separated from him, Stitches asked the cops what he did to be arrested and their only response was about his conduct on the microphone, and never anything to do with cocaine. I wanted to call this dude out from the start but thought it was petty and doing so wasn’t really my style. But after seeing him brag about it in his latest video, attempting to profit and further his fake image with this bogus story, it pissed me off. Besides, who brags about getting a ticket in the suburbs anyway? 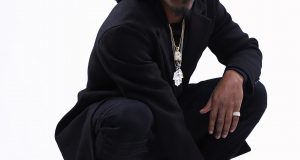 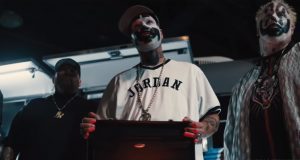