Down To Earth: A Conversation With UFO Fev

Few MCs have the ability to paint a real-life picture through honest, yet intricate lyrics as Spanish Harlem’s UFO Fev. Not only that, but Fev has been a magnet for respect from some of Hip Hop’s most celebrated and respected figures such as Fat Joe, Diddy and Black Rob to name a few. We at UGHHBLOG got the chance to chop it up with the Big UFO and learn more about his story and what he has in store.

What can you tell us about growing up in Spanish Harlem and how did your surroundings/upbringing lead you start MCing?

Growing up in Spanish Harlem as I look back in hindsight, was normal in the sense of growing up with everyone around you in poverty. The events that happen around you aren’t normal, you learn to adapt or your family is lucky enough to move out. I’ve never truly left because my family is still there, so I’m still in tune. Becoming an emcee came from being in love with hip-hop, growing with the culture you had to do something when we were younger, dance, graffiti, DJ, something in the culture. I DJ’d and did some graf but writing was always a passion.

How did you get the name UFO Fev?

I got the name UFO Fev in two parts, Fev came from the good brother and multi platinum recording artist Black Rob. We’re from the same housing projects, we bumped into each other day humbly. He mentioned he heard I was rhyming and that I had “a little fever”. As we parted, the compliment stuck with me so much I decided to use it. UFO came as I gained knowledge of self and began to formulate my own beliefs of the world. Plus, the way I rhyme you never seen nothing like it.

So Black Rob is from the same building as you? That’s dope! How did Black Rob and having family in the industry help inspire you to take rapping more seriously?

Black Rob is from my building, his family lived on the first floor. I’m from the 7th floor, he’s few years my senior so he basically knew me before I knew myself, along with my dad being in the group TKA. I didn’t get inspired to take music seriously until I was living on my own and had to decide what my future would be. I didn’t want to be in the streets forever, nor did I want a 9-5 forever and I’ve always rapped but making music was a sacrifice I had to commit to. That commitment formed and I hit the ground running.

Being around established artists and sort of being a fly on the wall must have helped you develop an understanding of the rap game early on. How do you think your approach set you apart from others in your neighborhood who aspired to MC?

Being around established artist early taught me to write music, touch different topics. Hip-Hop isn’t necessarily aggressive music, it started out as story telling, from all different authors. Now we made it tough, but it was struggle music. I learned to express myself in my lyrics through poetry early on and then I hit a point where I didn’t have to make up stories because they were going on in my life, right in front of me. Which set me apart from everyone else because the content was deeper.

Absolutely, we can hear the authenticity in your lyrics, so how would you describe your rhyme style?

I would describe my rhyme style like water, I adapt to my environment. People enjoy what they enjoy from my music because they know it’s going be different every time but constant quality.

Your first real project was with Element called “Around My Way,” how did that shape your approach with your project “Taxes” later down the road?

“Around My Way” shaped the approach to “Taxes” because it taught me business at a time where I had no clue. Making Taxes, Rich Lou and I were both in a losing environment and wanted to prove ourselves for whatever reason, we did it. Also put me on track to making shorter cohesive projects.

So is it true that Puffy called you after hearing “Taxes?” That’s wild. I’m sure that was the motivational boost you needed to continue making music. Can you describe what it was like to get that call?

Puff called at a time where I was doubting myself. In hindsight it was very motivational, that’s what I needed to pick myself up and keep going at a time when it looked like there wasn’t anywhere else to go. I can’t tell you how I got the call, it just happened from one moment to the next, they say people like that find you. They really do.

So you drop your next project “Camoflauge” and get contacted by Dre of Cool & Dre, which ended up with you meeting Fat Joe. How did that come about and how did developing a relationship with Joe transpire?

Same thing, when people like that are looking for you, they find you. Dre seen “Mr. Nice Guy” on social media which I believe led to him playing it for Crack. Dre found my number thru a homie in my neighborhood and from there he went on to tell me Joe wanted to meet me. Developing a relationship with Joe took years, I am still developing our relationship lol. We got unconditional love, he changed my life.

Can you describe your current relationship with Fat Joe and how he has helped shape you both as an artist and performer?

My relationship with Joe is a friendship, he’s a legend. As an artist and performer he’s helped shape my understanding of just everything like a veteran point guard teaching a younger point guard how to read the floor.

I understand Termanology linked you with Statik Selektah, what was it like working with Statik on your collab project “Fresh Air?”

Working on Fresh Air with Statik was a dope experience, Statik is a beast. He works quick so you have to be able to provide high quality content at  a fast pace.

“The Ghost of Albizu” is one of this years best projects in my opinion, how did you link up with Big Ghostand develop the idea for this project?

Thank you, linking with Big Ghost took years lol. All jokes aside it wasn’t overnight it took a minute for him to send me the music he felt was right for me. Ghost only makes entire projects so he works like a craftsman. Everything is fine tuned sonically, we took our time to make sure things were right. The idea was born out of a comment on IG from a mutual supporter which led to Ghost and I building on the brand from there.

How long did it take for you and Ghost to craft “Albizu?” I heard you took a trip to Puerto Rico around the time you were working on the project. How did that trip inspire your approach to making the project?

It took maybe about a year and change to get what we have now. That includes recording and bouncing vocals back and forth, exchanging ideas and stuff like that. My trip to Puerto Rico was life changing in the sense of I never got to experience the island looking to obtain knowledge. This time I got to sink my feet into the soil and soak it up. No music nothing just building.

In 2021 you can expect more music, more merch and a continuous level up. Vanderslice & I have something special cooked up, just look forward to more music!!

We always like to ask this question to wrap-up interviews, what is your definition of the “underground?”

My definition of the Underground is anything made before money hits it. After that it’s a different thing. 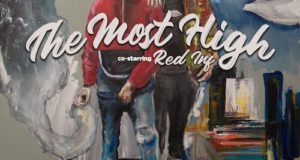 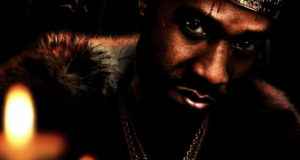