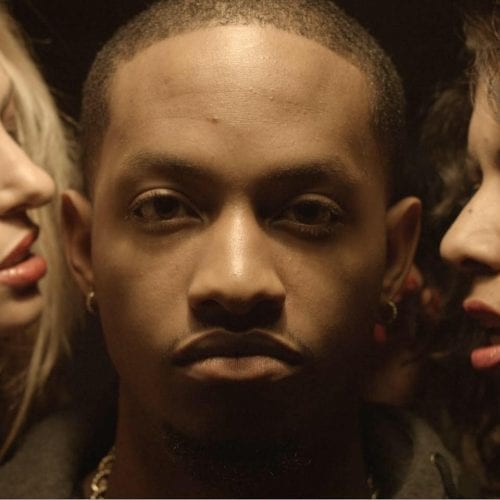 West Coast Hip Hop might just have a new hero in their city and we are talking about you Lamont! When did you decide to start making Hip Hop? Who influenced you?

I appreciate that. I decided to start making Hip Hop music when I was about 13 years old. I have way too many influences to name them all. To name a few I’d have to say my father, and of course
big names like Lil Wayne, Tupac, Wiz Khalifa, Drake, Eminem, Mac Miller, so on and so on.

How has the local Hip Hop community accepted your music and movement?

The local hip hop community hasn’t accepted my music and movement for the simple fact that they haven’t heard about it yet. Give it a little time and they’ll come around.

Congrats on the success of your latest single COLD BLOODED. Feel free to breakdown the creative process of the project.

Thank you. Cold Blooded was created as soon as I heard that instrumental and I immediately thought “damn this beat is cold!” Held that thought for a while and soon “cold” turned into “cold blooded” and after the hook was made, I basically put myself in the shoes of a cold-hearted monster in the hood that don’t care about nothing. I had so much fun recording and writing it, but the creative process was mostly the writing and how I was able speak from a real thug’s point of view so people similar to that can relate and just vibe out to it.

Planning on shooting a Video for this single? Or are you going to wait till your EP drops?

The video for “Cold Blooded” is most definitely in the plans. Me and my team are in the process of shooting a few more videos all before the release of my EP.

So When are you planning on releasing your EP?

That’s top-secret. It’s going to be a surprise release, so don’t expect to expect it. (haha)

Honestly, I gotta just keep doing what I’m doing. My team is over here screaming loud as hell, just a matter of time before the whole city and nation is able to hear us.

Are you into the battle rap scene, have you ever battled before?

No I’ve never battled before but I’m a big fan of battle rap. I just love the clever punchlines and rhyme schemes these battle rappers come up with, it’s amazing.

Lastly, I wanna thank EVERYBODY who’s ever watched my videos and listened to my music, your support means everything to me.

And I wanna shout out my whole team at Get It Done Management Records, N.O.4. down in New Orleans, Tony Kure & Kure Films, Saltmine Studio Oasis, Ruff Ryders, and just my fam that’s supported me throughout this tough journey. Thank you.