A Father/Son duo is unique in Hip-Hop period. Meridian, Idaho’s Griffin House Music are a unique group being from an unfamiliar Hip-Hop territory; however, the stats have shown to be intriguing as the duo has been making noise leading up to the release of their new album, ‘The Collaboratory‘.

‘The Collaboratory’ has a Breaking Bad feel with hard, intoxicating rhymes that come close to an undeniable feel once heard. Like Breaking Bad, things don’t start out tasteful. “Dynamic Duo’” and “Me and You” just bring you down and the typical-titled “Blue Prints” is just unbalanced lyrically with nothing memorable. The Father and Son are sticking to their game plan throughout the project and do their fair share of detailing the finer points of the conceptual drugs like on Breaking Bad, giving off a Mr. White and Jesse approach of personality.
The project shows promise on the track, “Just Another Day”. Change in approach from the beginning they’re bringing you the real Seattle from all different angles moving forward on the project. Just check the differences between “Its Gonna Be Alright,” the catchy The Joker-featured “Make It Home” and “Been Dope.”

While throughout the 14-tracks there are a few exceptional vibes. The duo and project are quickly overshadowed due to ever track including a featured artist. With the duo being fresh, the overpacked features only takes away a tremendous amount of time for the headlining act to shine. Taking away the attention of the duo while enjoying the featured acts come on aboard and deliver incredible performances. It’s a gift and a curse for Griffin House.

It is understood that the overload of features makes for a great marketing strategy; however, listeners won’t be left with a lasting impression due to the confusion. Being so unique, we need the whole album to identify whom we enjoy among the Father and Son both collectively and individually.

The lion (Dad) roars on “Pass the Time”, “It’s All Just Hit Me”, and “Wastin My Time”, while the cub shines on the more trendy tracks, “Been Dope” and finale, “Life of the Party”.

The album is solely impressive due to the albums guest features. Chris Webby, The Joker, etc, and their signature lines make for the album a worthy listen till the end. Griffin House can hold their own against their counterparts; however, nothing sticks to memory from other than the guests that leave a lasting impression from the album. 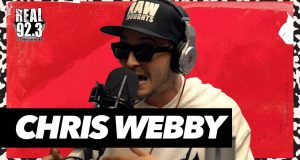